Giving Back Doesn’t Stop With The Holiday Season 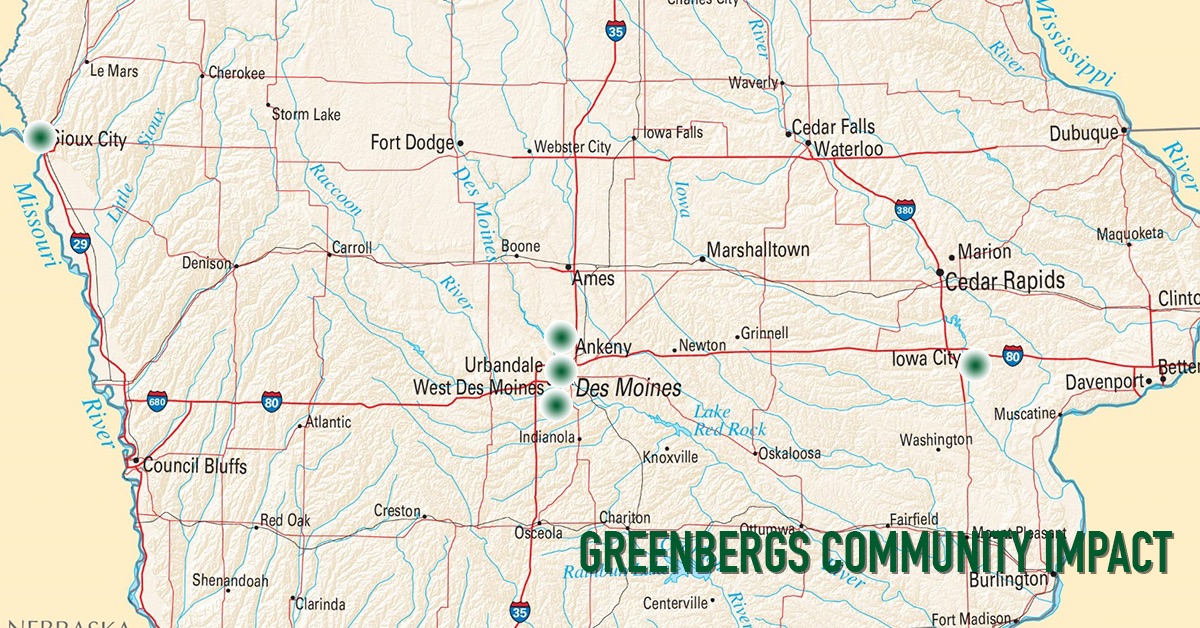 Thanksgiving is the official kick-off of the holiday season. As the name implies, it is a time to be thankful for what we have and appreciate the loved ones in our lives. It is also a time for giving back to people and organizations in our community. The last few months of the year are commonly called the Giving Season. In fact, more than 50 percent of nonprofit organizations say they receive the majority of their contributions between October and December.

While that’s a great idea, we at Greenberg’s Jewelers believe Giving Back is a year-long effort. We are proud to give back and support causes and organizations in the communities in which we live and work. We are continuing in the philanthropic spirit of Ann and Ray Greenberg.

As a third-generation business, we are making sure the values of our parents are kept alive for the fourth-and fifth-generations.

In Sioux City, where Jacob Greenberg opened the first Greenberg’s store in 1900, we’ve shown support to many organizations and causes. This includes donating to UnityPoint Health – St. Lukes for the Ann and Ray Greenberg Family Center for Labor and Delivery.

Greenberg's has been involved in charities such as the Children's Miracle Network, Girls Inc. and Mr. Goodfellow as well. We have been donating $1,000 to Mr. Goodfellow for over 30 years, which will be coming up in December.

When Greenberg’s Jewelers branched out and opened stores in both the Des Moines, Iowa-area and Sioux Falls, S.D., our philosophy of giving went along as well. We’ve given to the SE Polk Dollars for Scholars, Dollars for Scholars in Ankeny, Iowa, Girl Scouts of Greater Iowa Area, Oakridge Neighborhood Services and the Special Olympics of South Dakota.

Besides giving to our local communities, we also support many national organizations that either have local chapters in our area or are causes dear to our heart. This includes the American Heart Association, March of Dimes, CCFA Crohn’s and Colitis, National MS Society CO Chapter, Alzheimer’s Association and the National Kidney Foundation.

Follow in the footsteps of Ann and Ray Greenberg and give back this holiday season. Volunteer or send a monetary donation to a local organization that makes a difference in your community. They’ll appreciate it, no matter what time of year.